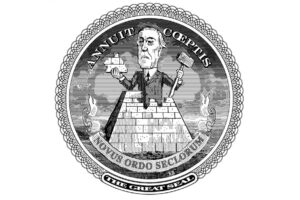 The Making of the Administrative State

The Progressives bequeathed us a regime without legitimacy. America Transformed: The Rise and Legacy of American Progressivism by Ronald J. Pestritto

The 1787 Constitutional Convention, Benjamin Franklin famously said, gave America “a republic—if you can keep it.” We couldn’t. It’s not that the framers’ wonderful structure of self-government slipped away by carelessness. Rather, single-minded men purposely usurped it, and Ronald J. Pestritto’s America Transformed tells the tragic tale of how the Progressives, as they called themselves, deformed and abolished one of the greatest triumphs of the Western Enlightenment, in the name of Hegel, Darwin, modernity, and efficiency, all under the magician’s scarf of hocus-pocus fake democracy. The end result of this sleight-of-hand, though Pestritto’s gripping book is too polite to say so baldly, is that we now live under a regime without legitimacy.

We could not ask for a better debunker of Progressive trickery. The graduate dean and a professor of politics at Hillsdale College, Pestritto has been among the leading pioneers in the revisionist study of this era, notably with his earlier, groundbreaking Woodrow Wilson and the Roots of Modern Liberalism (2005). Indeed, the chief magus of this drama is Wilson, our first professor-president, who formulated the Progressive creed in his academic works of the 1880s, before he assumed Princeton’s presidency, with embellishments from ivory-tower colleagues Frank Goodnow, president of Johns Hopkins and founding president of the American Political Science Association, and the much younger Harvard law professor (and later dean) James Landis, who as a New Deal bureaucrat helped transform Progressive theory into a gargantuan governmental reality. Earlier in the political arena came pungent, energetic contributions from Theodore Roosevelt, and Progressivism transformed the messages that came from the elite pulpits and schools, as well. END_OF_DOCUMENT_TOKEN_TO_BE_REPLACED