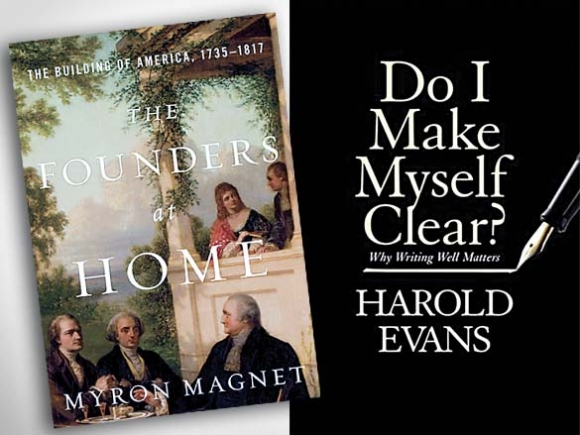 From Thanksgiving dinners to football games, from the floors of Congress to Joe’s Bar & Grill, from universities to kindergartens, from the Atlantic to the Pacific, Americans find themselves locked into political and cultural debates, shooting out tweets, screaming at rallies, shouting down speakers, and smearing their opponents. Civility and a sense of humor have been banished, replaced by identify politics pitting tribes of people against their neighbors whose skin color, religion, party, and gender preferences differ from their own. The abuse of language, reason, and argumentation, and the failure to define terms or to make clear what is said, only make more brutish this mix of hysteria and malevolence.

Had I a megaphone powerful enough to reach all 50 states, I would stand atop Mount Mitchell and yell, “Shut up, please! Everybody shut up!” Were I president, I would immediately issue an executive order commanding all red-faced politicos in the country to eat a chocolate chip cookie and drink a glass of milk every day at noon, and then sleep till two. Children need their naps.

I have no bullhorn, of course, and I hope never to be president of anything, but to those who, like me, are sick of all the shouting, shoving, screeching, and sham moralizing, I can offer this comfort: books.

First up on the line of defense against the Coocoo For Cocopuffs brigades is Myron Magnet’s The Founders At Home: The Building of America, 1735-1817 (W.W. Norton & Company, 2014, 472 pages). In this handsomely written history, Magnet, who is the editor-at-large of City Journal, gives us mini-biographies of many of the American Founders, a history of the times in which they lived and died, and a walk inside their homes, many of which are now historical sites.

The Founders At Home should appeal to readers unfamiliar with the era as well as those who have studied it. I knew quite a bit about Washington, Hamilton, and Jefferson, for example, but little about William Livingstone or John Jay. Reading of these men reminded me of the arduous tasks they faced, building a nation at a time when roads were often rutted paths and disease and fatal accidents common. Reading Magnet’s descriptions of the homes of these early patriots, which some of them designed to reflect a vision of liberty for their country, was equally captivating.

Magnet’s powers of description, his ear for tone in his writing, and his ability to unobtrusively include snippets and quotes from original manuscripts make the journey through The Founders At Home a great pleasure. Here, for example, Magnet describes George Washington’s resignation from the army and King George III’s reaction when he learns that Washington, the most powerful man in America, plans to return to his Virginia farm:

“When George III heard that he intended to return like Cincinnatus to his farm, he exclaimed with amazement, “If he does that, he will be the greatest man in the world!” On Christmas Eve 1783, private citizen Washington dismounted his horse at his beloved Mount Vernon’s welcoming door.”

Like any historian worth his salt, Magnet brings a critical eye to his subjects, but he also writes as one who clearly loves and treasures the government and the country these men and women established. If you feel lost in America these days, or if you feel America is lost, reading The Founders At Home may provide you some relief.

And if you are tired and worn from the abuse of language and the meaning of words, then I urge you to turn to Do I Make Myself Clear? Why Writing Well Matters (Little, Brown and Company, 2017, 417 pages). Sir Harold Evans, former editor of The Sunday Times and The Times of London, brings a lifetime of wisdom to this manual for novice and veteran writers. He writes with a fine wit — I several times burst out laughing at some of his comments — and provides readers with many examples of writing both good and bad. Evans stresses the importance of editing, contrasting, for example, Roosevelt’s speech asking for a declaration of war against the Japanese with its duller, earlier version. He introduces readers to a website, Readabilityforumulas.com, on which writers can paste passages and have the piece judged for readability and grade level of reading. (Fun, but I doubt I’ll return to it.)

The best chapter is “Ten Shortcuts to Making Yourself Clear,” which urges us to take steps like “Ration Adjectives, Raze Adverbs,” “Be Positive,” and “Cut The Fat, Check The Figures.” In Step 8, “Put People First,” for instance, Evans advises:

“Aim to make the sentences bear directly on the reader. People can recognize themselves in particulars. The abstract is another world. The writer must make it visible by concrete illustration. This means calling a spade and spade and not a factor of production. Eyes that glaze over at “a domestic accommodation energy-saving improvement program” will focus on “how to qualify for state money for insulating your house.”

One caveat regarding both books: Myron Magnet leans to the conservative side, Sir Harold Evans to the progressive. Does some of that prejudice slip into the writing of these two men? Of course, especially in Do I Make Myself Clear? where Evans makes no attempt to conceal his prejudices, especially his loathing of President Trump.

(Jeff Minick is a writer and teacher.)