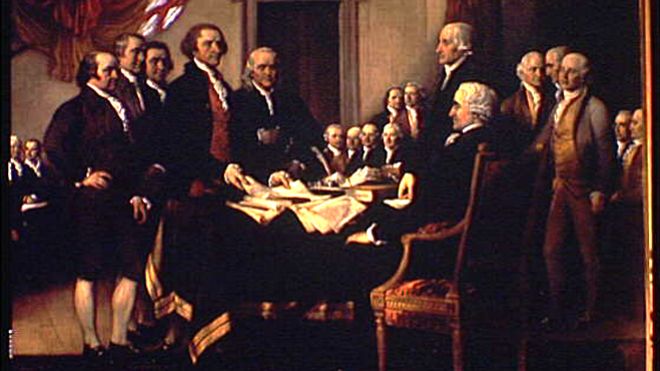 The worldview out of which America was born centered on three revolutionary ideas, of which the most powerful was a thirst for liberty. For the Founders, liberty was not some vague abstraction. They understood it concretely, as people do who have a keen knowledge of its opposite. They understood it in the same way as Eastern Europeans who have lived under Communist tyranny, for instance, or Jews who escaped the Holocaust. END_OF_DOCUMENT_TOKEN_TO_BE_REPLACED